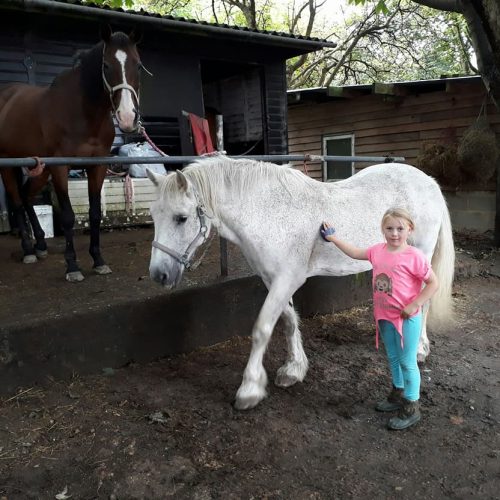 Heineken is a super pony who has been with us since he was 8 years old and is now in his 20s (he was born in 1991). He has been retired due to the fact he has cataracts in both eyes.
He is now a companion to a beautiful Thoroughbred mare called Finn. He also has the task of standing whilst being groomed and loved by his 6 year old friend seen in the picture.
Things you might not know about him…
His real name is Heineken of Meon Steynes…. he escapes from his stable and field given a chance… And he just loves his food! He also has been used as a travel companion in the lorry when taking nervous horses to events.
Happy retirement Heineken!