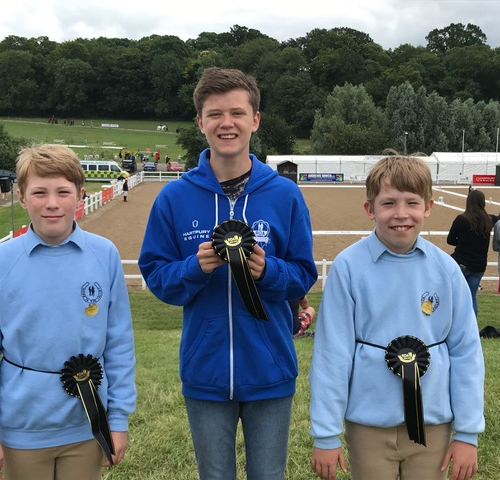 It wasn’t just the Cricket World Cup, The Wimbledon Finals & the Grand Prix at Silverstone last weekend –  Hope in the Valley attended the RDA National Championships held at Hartpury Equine College in Gloucestershire!

115 RDA Groups attended, around 300 ponies and 500 competitors – a record breaking year of attendance.

Following much pony bathing, grooming and plaiting, the results are below.   Although the boys weren’t placed in their classes, we were very proud of their riding and especially proud of our ponies who behaved extremely well; Polly was particularly amazing bearing in mind this was her first experience at the Championships.

Huge thanks to Miranda, Karen, Sconaid and Margaret Rawlings for giving up their time over the weekend and working very hard.  And to Lesley for driving the ponies to and from the event and for heading up the team, as well as working hard and giving up her time!