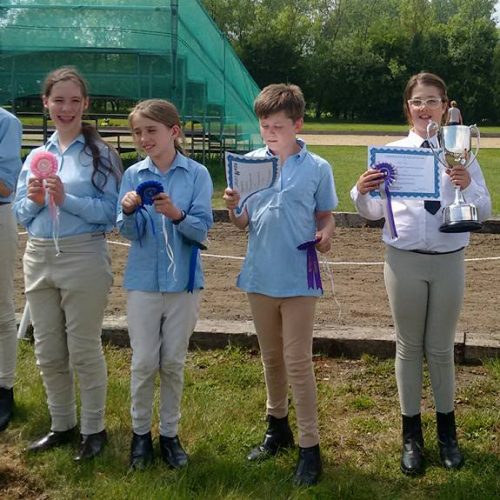 On 24th May 2017 we took a group of riders and ponies to Hickstead to compete in the regional dressage competition.

This has probably been our best year yet!  Lottie, riding Rose, was the first placed junior in her class and has qualified to compete at the RDA National Championships at Hartpury College in July.  She also received a Trophy for gaining the highest Junior qualifying score as well as receiving an award for the best turned out Rider & Pony in her Class.

In the led class, Daisy riding Toby was the winner with 76.67%.  This was the highest Non Qualifying Score for which she received an award and also as this was Daisy’s first Regional Dressage Competition she received the trophy for the highest score for a Newcomer!

It was a lovely sunny day and special thanks must go to the volunteers who worked very hard to make all these amazing achievements possible!